Plant a tree in memory of Aafke
An environmentally-friendly option 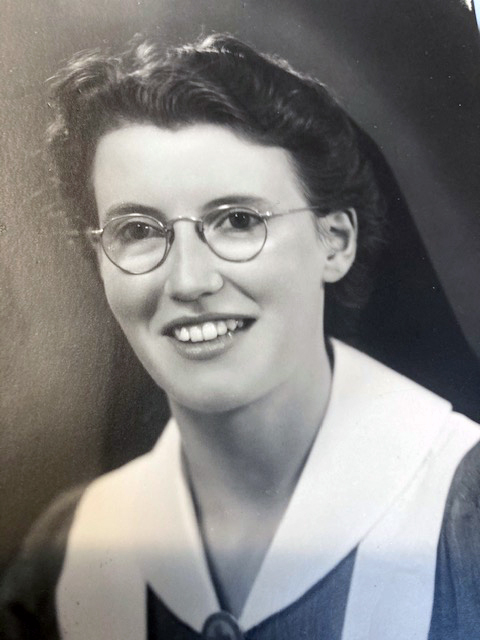 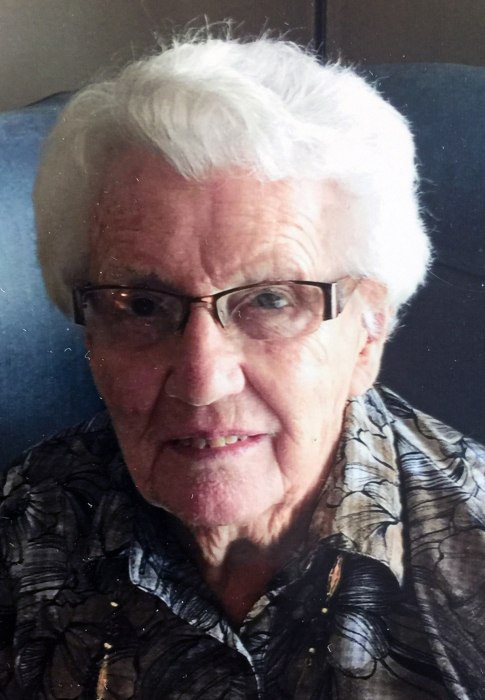 Groen. Aafke, age 97, was born in Leewarden, Netherlands to Mient Pel and Janke (Sipma) Pel. Aafke grew up in Leewarden and Sneek where her parents had retail businesses and  as was the custom of the time they  lived above the stores. She enjoyed competitive swimming, running, ice skating and gymnastics. After graduating from High School at 16, she stayed two years with two aunts, who felt they needed to teach her household skills. At 18, Aafke got a job a nursing home. Two years later, in spite of the war, she started her nursing training at Leewarden Deaconess Hospital, graduating  in 1947.

Aafke met her future husband Jelle Groen while skating on the canals in Sneek. They had a wartime courtship and married in 1949. The couple lived in Dokkum until 1954 when they immigrated to Canada, first to Pontypool then to Orillia. Mom graciously and creatively met all the challenges of immigrant life. After experiencing the deadly St. Vitus Dance Disease at the age of ten and her five years of war, she lived her life with an attitude of gratefulness and blessing. She was so thankful that she could be a stay-at-home-mom. She loved sewing, knitting, gardening and perfecting these skills. She enjoyed being the Director of Soldier’s Memorial Hospital Candy Striper Program. She was very involved in the Christian Reformed Church. Aafke loved just having folks for tea or coffee, a tradition that continued when they moved  to Tollendale Christian Homes in 1999. Through the many years she lived, she found great strength in her faith. So, in Holland Christian Home, one could often hear her singing the Dutch Hymn, "I sing because I believe.”

Aafke is survive by her greatest blessings and treasures, which she loved to remind us. Her children: Janice (Jim), Ale (Caroline), Rose, (Ed deceased), John (Janet). And her beloved grandchildren: Joel (Katie), Allen (Chalena), Jeremiah, Amber, Karla, Josh,(Esther), Rachel, Elena (James), Michael and Christopher.  And great grand children: Elizabeth, Dillon, Thea, Harper and Arie, all who she prayed for daily, as well as many loved nieces and nephews. She will be greatly missed.

Plant a tree in memory of Aafke by clicking here.
To send flowers to Aafke's family, please visit our floral store.

Plant a tree in memory of Aafke
An environmentally-friendly option

Plant a tree in memory of Aafke

5 trees planted in memory of Aafke

Aafke has been a part of my life the last few years. Visiting her twice a week we would have lots of fun and go for little walks around Holland Christian Homes. She loved reading Dutch books and she had a great sense of humor. Our times together were always filled with lots of laughter. During COVID  I was not able to visit her but we would have daily phone calls which we both enjoyed so much. She had always a very positive outlook no matter what the circumstances and she was a real inspiration to those around her.  I miss her daily phone calls. She was a very caring  lady and she holds a special place in my heart. She will be missed dearly. My condolences to the family.

Our deepest sympathy to Janice, Al, John, Rose and all the family with the passing of Mrs. Groen.  She was a lovely lady, always interested in what was going on in our lives when I visited and a wonderful friend over the years to my Mom. She will be missed.  We pray that God will be with you as you lay her to rest.  Ricki and Cor Kapteyn

A Memorial Tree was ordered in memory of Aafke Groen by P.Hendriks .  Plant a Tree

Mrs. Groen was a warm, caring person who was a frequent visitor when I was her daughter Rose’s roommate.  She always brought treats and warm hugs.  I will always remember her smile and positive attitude.

Plant a tree in memory of Aafke